Pulled from Beveridge’s gift early after my discovery of the book, “The Gulf” of Wayne County has been on my list of desired destinations for a while now.  Recently Steve and I made this our target in a winter’s outing, which is an appropriate time for nice viewing of many of the Missouri Ozarks geological features due to lack of green vegetation that blocks views and light.  The Gulf is a narrow sinkhole that is approximately 100 feet long and 20 feet wide.  This sinkhole is actually an opening to an underground lake that is more than 200 feet deep at its maximum depth.

Here Steve posses for a bit of reference.  In periods of lower water, the entrance of the “cave” portion of the underground lake would be seen at the opposite end of the sinkhole from where Steve stands.  A small boat and/or scuba equipment would provide for excellent opportunities for exploring. 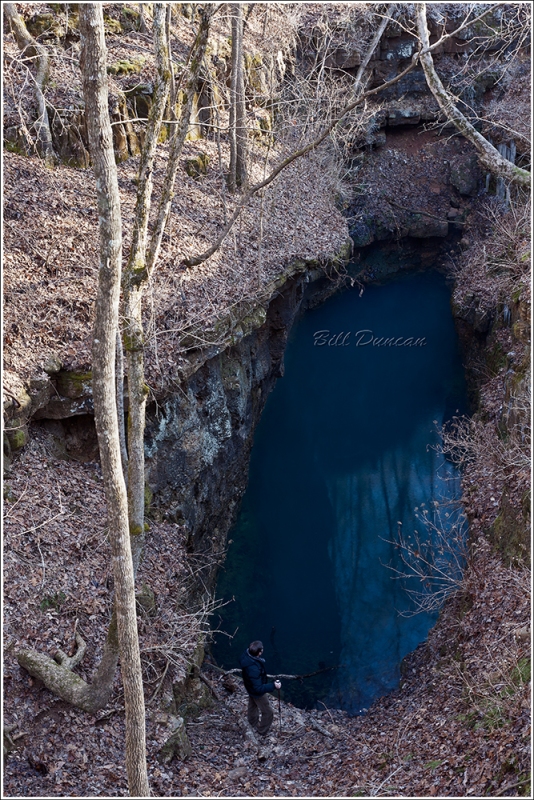 Just as the Tyndall Effect explains why the sky is blue, it is also the reason that the deep bodies of water found in the Ozarks often appear blue.  These carving waters carry the dissolved limestone with them.  This ultra-fine suspension scatters the shorter blue wavelengths more than the other colors of natural light, giving the blue appearance in the waters, even though there are no blue pigments to be found. In fact, this blue appearance is somewhat dictated be the angle of light and the viewer’s position to the reflecting light.  With a slight turn of the head, the water will often change color. 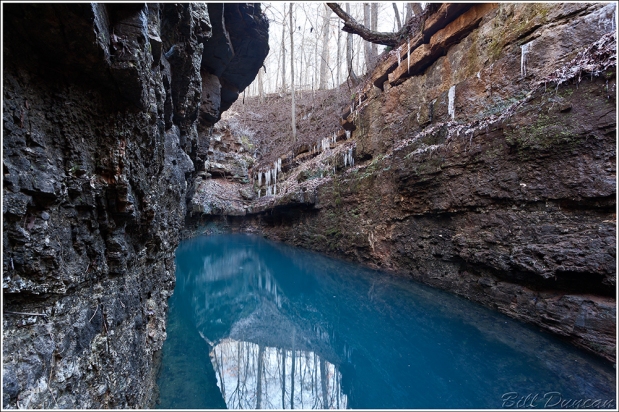 A potential practice picture for spring, here you can see some old wild hydrangea growing on the edge of the sinkhole.  Can you find Steve in this image? 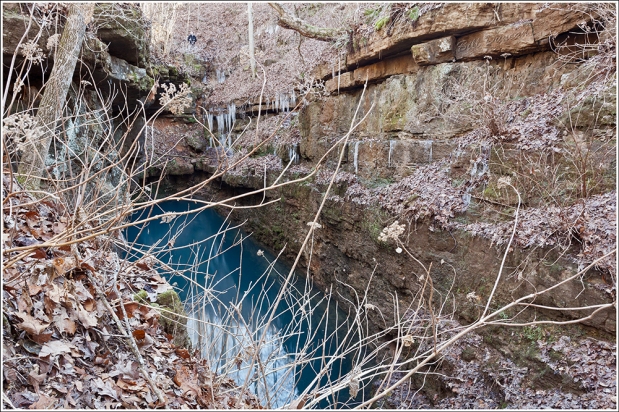