Steve selflessly checked on the Gnatcatcher’s nest at St. Francois SP late this past week to give me an update to help plan for the weekend.  When he arrived he watched as the pair appeared to be deconstructing the nest and moving the materials!  This was surprising as they definitely were incubating eggs when I had visited about five days prior.  We found one description of this kind of behavior in Harrison’s Eastern Bird Nests:

“Unusual characteristic of this bird: it tears up a completely or partly completed nest and reuses the material to build nest nearby.  Author has seen this several times; believes that awareness of possible discovery during building may be cause.”

I have a few pieces of evidence to possibly explain why they would move a nest in which they were already incubating a clutch.

1) They built this nest ~20 feet above a rather popular State Park trail and the numbers of people walking underneath caused them to seek a different spot.

2) Egg predation.  Someone found the nest and relieved them of their brood.

3) Cowbirds.  The BHCB activity was apparent around the nest when I visited.  Perhaps they snuck an egg in and the host birds discovered the ploy?

I guess we will never know.  Steve tried his best to follow the “contractors” as they moved their building materials to the new construction site.  Their speed and the fully-leaved trees made this an impossible task.  Oh well, maybe next time. 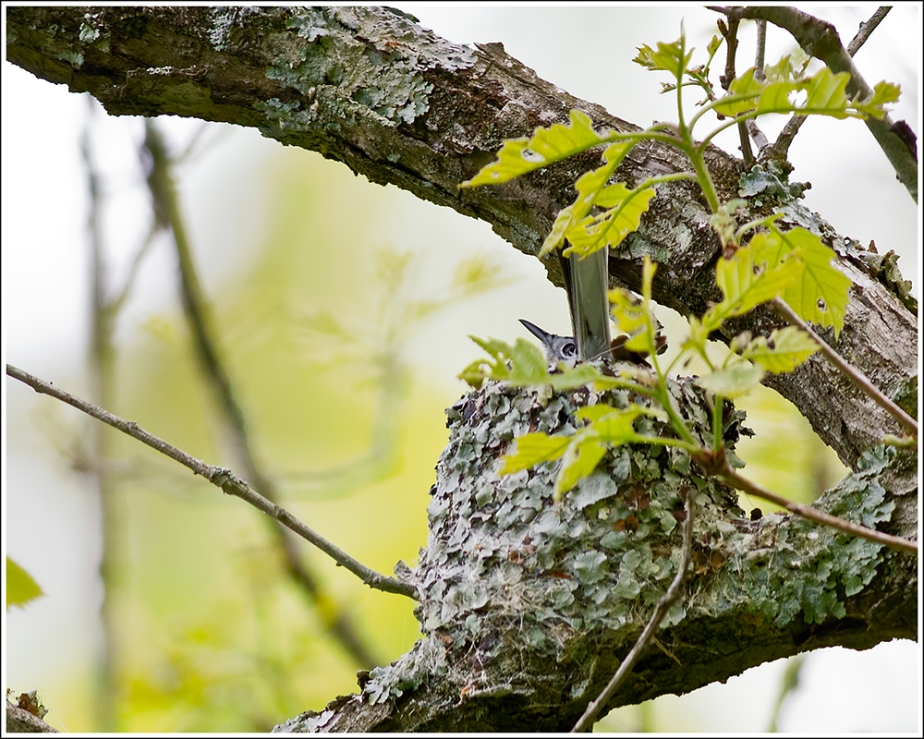 One thought on “Disappointment at the Gnatcatchers’”