Surprisingly, I found myself in the St. Francois Mountains again yesterday.  I decided to finally attempt the full loop trail within Bell Mountain Wilderness.  I have hiked to the summit and back the same way several times over the past five years or so, a hike that is approximately ten miles.  The loop requires you go down the other side, follow and cross “Joe’s Creek” and its feeder streams along the way and then ascend Bell once again before going back down to the southern trail head.  It wound up being just short of a 13 mile trek. 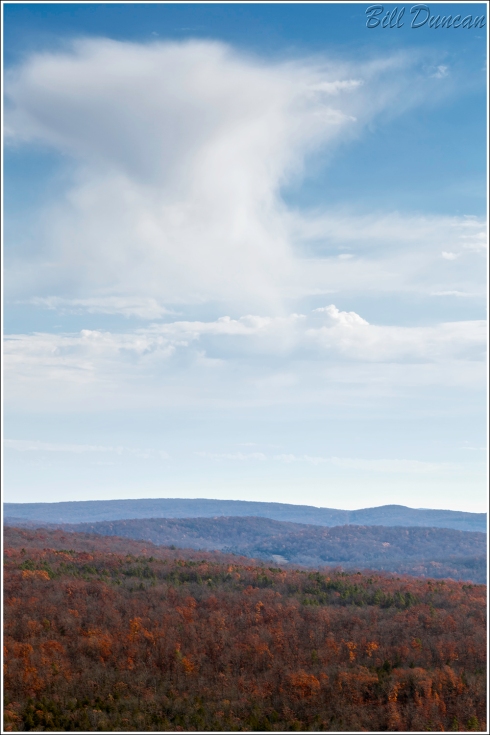 An “Indian Summer” kind of weekend assured I was not the only one with the idea of hiking this summit.  Normally a place where you would be unlikely to see another person, I crossed paths with close to 40 hikers, most of which seemed to be carrying camping gear.  I started the the trail promptly at 8:00 when the temperature was still pleasantly in the low 50s.  Unfortunately when I arrived back at my car  around 2:00 the temp was in the mid 70s, a bit on the warm side for hiking such a challenging trail. 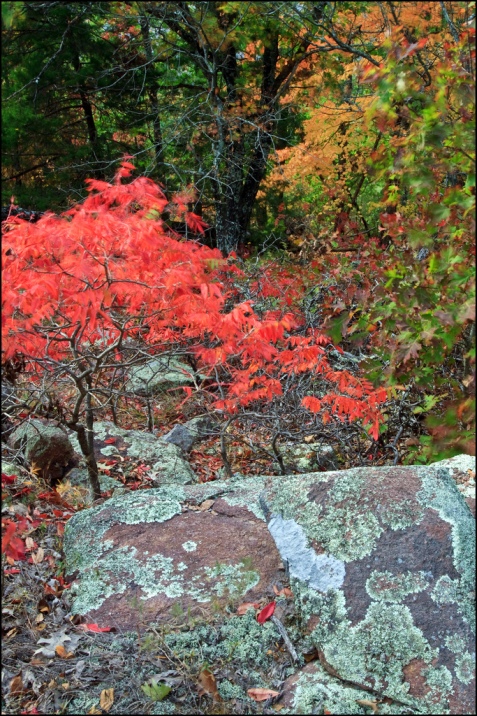 The images above and below this text showcase what makes this area so special – the Ozark glades.  These pinkish, lichen-covered, rhyolite/granite boulders protrude from thin soils and create igneous glades.  This specific habitat is associated with several specialized plant and animal species.  In periods of hot and dry weather these areas seem completely abandoned, but will come alive following a drenching rain.  The image posted below was subjected to a “hand-painted” treatment in computer post-processing. 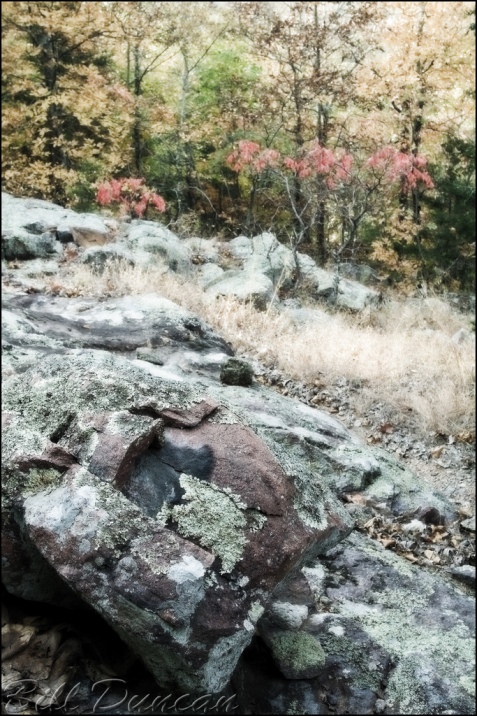 The image below this text documents a perplexing problem with officially designated wilderness areas.  As the law was written, no human management of the land, of any kind, can be performed.  While this law includes items you want a “wilderness” to be protected from, building of structures, new roads, logging and grazing, etc., it also includes management for the protection of habitats.  Although glades exist primarily due to shallow soils and dry, higher elevations, periodic fires also play a key role in limiting the succession of habitat type.  Fires, both natural and anthropogenic in origin, played a key role in controlling secondary succession shrubby tree species such as sumac, sassafras, and especially the eastern cedars.  In many well-managed lands across the Ozarks, prescribed fires are doing their part to control this succession and preserve these habitats.  On wilderness areas, prescribed fires are not legal.  Modern fire-prevention in private and public lands also drastically reduces the occurrence of natural fire.  The glades on Bell Mountain and its nearby slopes are all being choked by eastern cedars.  Given enough time this potentially put many Ozark glade areas at risk as the succession continues to include various oak and hickory species. 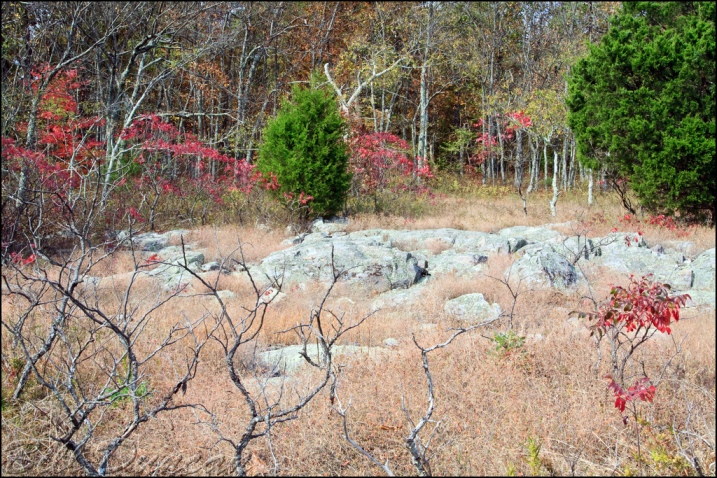 Bell Mountain is bordered by Shut-In Creek on the east, which has helped carve the distinction between Bell Mountain and nearby Lindsey Mountain.  This creek bottom is a short, but extremely sharp drop from the summit, and the creek is a perennial spring-fed water source.  Joe’s Creek borders the western side of Bell Mountain and is also partially spring-fed.  These two bodies provide many a backpacker with a source of water.  I can’t wait to try exploring this creek after a good wet period. 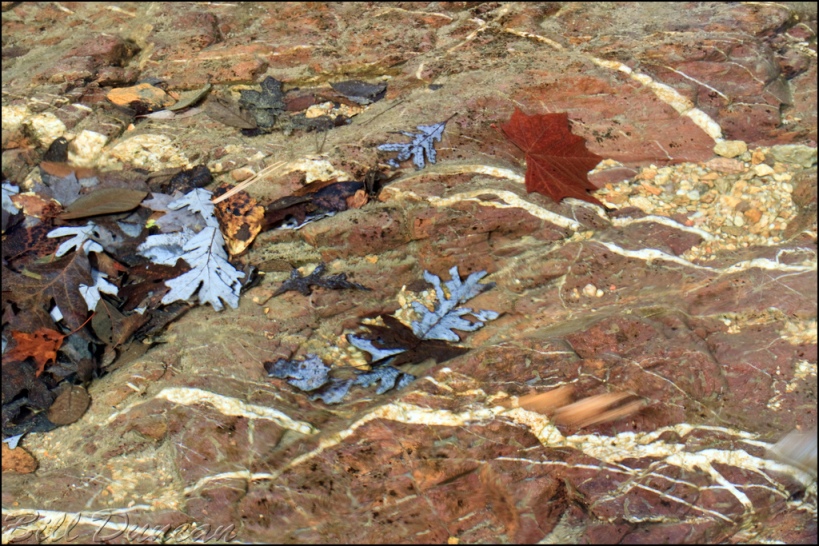